The most commonly used mass spectrometers in gas chromatography are systems based on quadrupole analyzers. Other analyzers used in GC/MS are ion traps. Both analyzers used the same principle. Four poles are connected into the electrical circuit that generates radiofrequency field. Change of this electrical field enables to generate scanning in time. Fragments comming from ion source through ion optics enters the analyzer. The ions separation is accomplished by applying alternating RF frequency and DC voltage to diagonally opposite ends of the quadrupole, which in turn allows aspecific mass fragment to pass through the quadrupole filter. 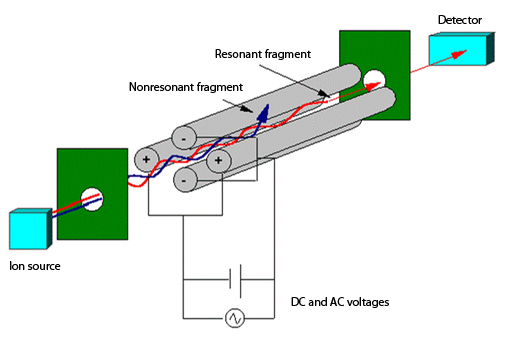 Time of Flight analyzer separates ions on different principle to quadropole system. TOF instruments utilize the times taken by ions to pass (fly) along an evacuated tube as a means of measuring m/z values and therefore of obtaining a mass spectrum. 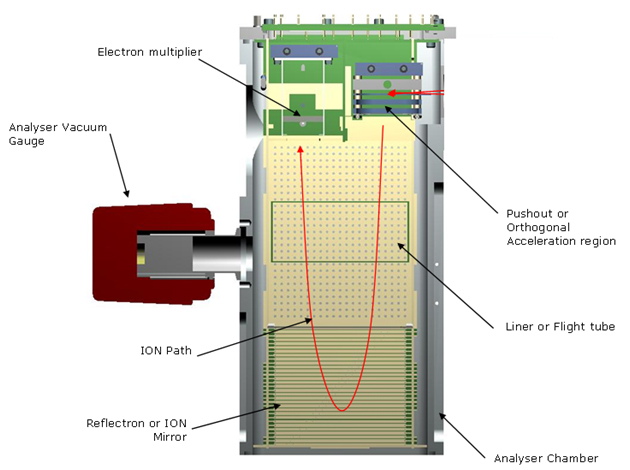 Acquisition performed by means of continuous spectra, providing increased selectivity of correct mass and no ion loss during the separation process in the flight tube. In principle, m/z range is unlimited. In one scan the whole mass range can be analyzed with incredibly high resolution and sensitivity. GC/MS-TOF provides constant ion abundance ratios across a chromatographic peak. In case of co-eluting compounds, overlapping peaks are detected and deconvolution is performed. Trace level detection is achieved. GC/MS TOF systems are ideal for Fast GC and GCxGC applications due to its fast acquisition rate.