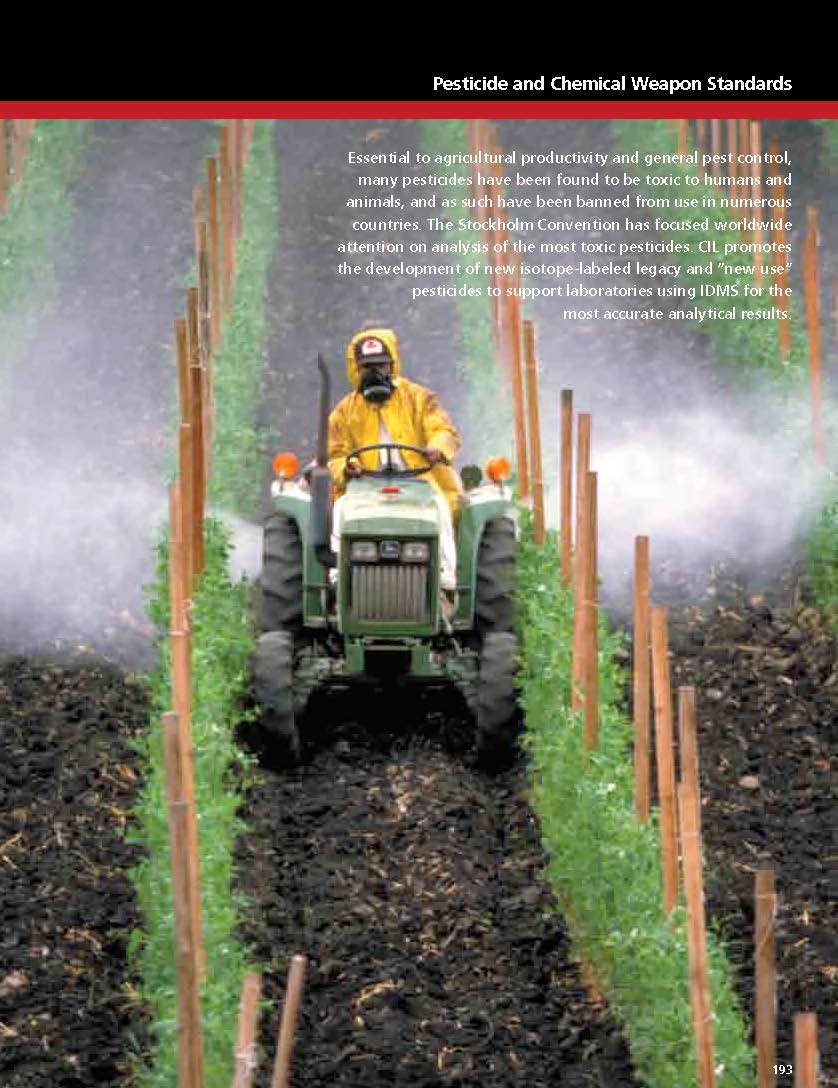 Essential to agricultural productivity and general pest control, many pesticides have been found to be toxic to humans and
animals, and as such have been banned from use in numerous countries. The Stockholm Convention has focused worldwide attention on analysis of the most toxic pesticides. CIL promotes the development of new isotope-labeled legacy and “new use” pesticides to support laboratories using IDMS for the most accurate analytical results.