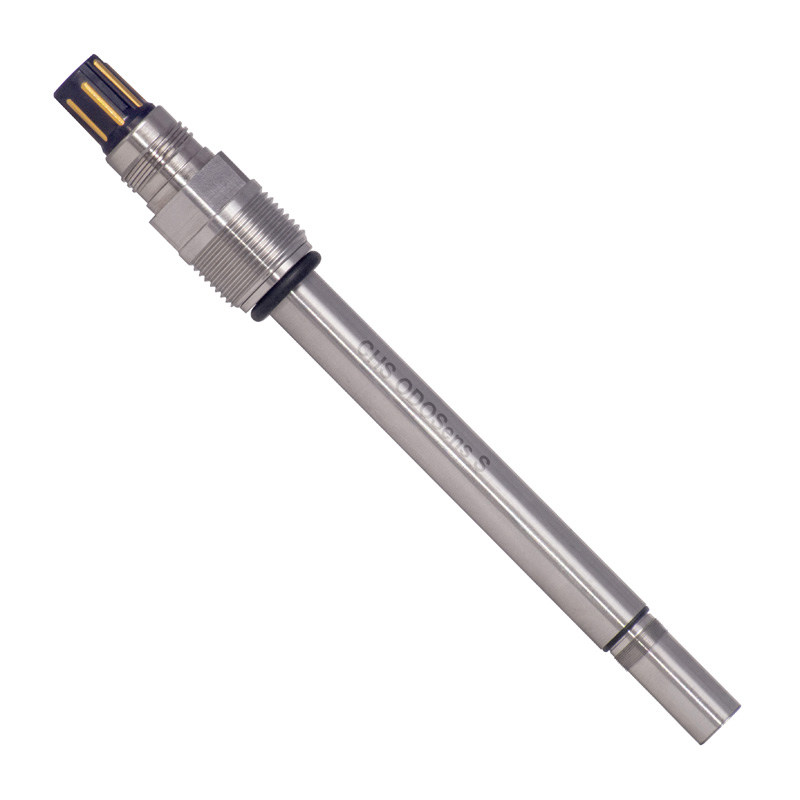 Previously used amperometric probes use current measurement between two electrodes immersed in an electrolyte solution using a so-called Clark measuring cell. A typical cell consists of a gold cathode and a silver anode to which a bias voltage (approximately 0.8 V) is applied. The electrodes are immersed in an electrolyte based on an aqueous solution of KCl or KBr and are separated from the measured medium by a semi-permeable polymer membrane that lets in oxygen. Oxygen dissolved in the liquid medium diffuses through the membrane into the electrolyte, and as a result of oxidation-reduction reactions on the electrodes, a very small current (size of tens of nanoamperes) passes through it, directly proportional to the oxygen content in the electrolyte, and therefore the concentration of dissolved oxygen in the measured medium.

Optical sensors for measuring dissolved oxygen work on a completely different principle than previously used amperometric probes. Some manufacturers use two different light-emitting diodes (LEDs). For the CHS ODOSens product, our company uses double detection of luminescent radiation (excitation LED and detection diodes), which minimizes the effect of sample inhomogeneity and possible damage to the luminophore. The integrated converter constantly compares the outputs from both measuring elements aimed at other parts of the luminophore and thus ensures the most accurate measurement of the dissolved oxygen concentration.

Sensors of the CHS ODOSens series measure, similarly to sensors with Clark's whole, the partial pressure of oxygen, which can be expressed as a percentage of air saturation or as a concentration in units of micrograms per liter (ppb, i.e. 1x10 -9 ), or mg/l (ppm, i.e. 1x10 -6 ). It can be measured in the range of concentrations from 8 ppb to 25 ppm, which corresponds to the range from 0.1% to 300% air saturation. For most applications, this measuring range is more than sufficient, but the CHS ODOSens T sensor, which reliably measures even 1 ppb, is offered for special applications (e.g. brewing).