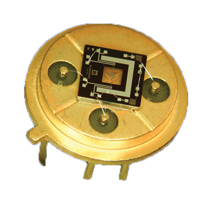 TC gas detectors, sometimes called Katharometers operate by comparing the thermal conductivity of the sample with that of a reference gas (usually air). A heated thermistor or platinum filament is mounted so that it is exposed to the sample and another, acting as a reference is enclosed in a sealed compartment.

Because of the amount of power required to heat these sensors, they have to be mounted in a flameproof enclosure, in the same way as pellistors are. The precise mechanism, which occurs, is quite complex because the thermal conductivities of gases vary with temperature and convection as well as conductivity plays a role. Whilst most gases exhibit a linear output signal, this is not always the case.